All You Need to Know About Alpacas...

Alpacas are very social creatures, they are gentle and curious and with training can become great pets. When they are distressed or feel threatened they will spit and sometimes spit at each other when they are competing for food or trying to establish dominance. They won't spit at people or bite unless they have been abused.

Alpacas hum, making a sound like "mmm"  and will also shriek when danger is present or make a sound similar to a "wark" noise when excited. Fighting males scream, making a warbling bird-like cry.

Alpacas in a herd all use the same area as a bathroom, which helps cotrol parasites, instead of defecating in random areas like many animals do.  Males often have cleaner dung piles than females, with femails tending to stand in a line and all go at once.

As herbivores, alpacas only eat vegetation consisting mostly of grass  but can also include leaves, wood, bark or stems. Like other ruminants, alpacas have a three-chambered stomach that digests the roughage efficiently.

Alpacas breed once a year and as livestock they are often induced to breed at any time. The female alpaca has a gestation period of 242 to 345 days and gives birth to just one offspring. The birthing process can take up to seven hours. The baby alpaca, called a cria, weighs 18 to 20 lbs. (8 to 9 kg) when it is born. The cria is weaned at 6 to 8 months and females are ready to reproduce at 12 to 15 months. Males take a bit longer to mature and are ready to mate at 30 to 36 months. Alpacas live up to 20 years.  Alpacas don't have teeth in the top-front of their mouths, giving them the appearance of having an under-bite.

Alpaca fleece is a very prized fibre for artisans and crafters and is very soft and does not retain water.  It is also very durable, being the second strongest animal fibre after mohair.  At Midshires Barn the Alpacas are sheared once a year and the wool is sent away for processing, The wool is then graded and turned into yarn and hand knitted garments.  The yarns are spun using the worsted process as this exploits the natural properties of alpaca fibre, giving a smooth, strong yarn that shows off the natural brightness of the fibre.

One of the noble fibres, alpaca is softer, more luxurious, stronger and more resilient than the finest sheep wool. It can be compared favourably to cashmere, has excellent thermal properties and is second in strength only to silk. It is prized for its silky feel, weightlessness and warmth and comes in a great variety of natural shades, from pure white through the fawns and browns to grey and a true black.

Meet The Midshires Herd Established in 2010... 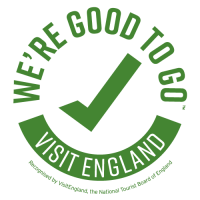